What is the best type of protein for weight loss?

Many scientific studies show that a protein-rich diet can have a powerful and beneficial health effect and help you lose weight faster.

With many choices to increase your protein intake, it can be challenging to determine the best type of protein for weight loss.

In this article, we review the different types of proteins and how they affect weight loss.

Studies show that protein-rich foods lead to weight loss, even without restricting calories or other nutrients.

For example, overweight adults lost an average of 5.5 pounds (2.5 kg) in six weeks when they increased their protein consumption from 15% to 30 % of daily calories consumed, without making any other changes in their daily eating habits.

A high protein diet can also help you maintain your low body weight. One study found that a slightly higher protein consumption (18 % of daily calories compared to % 15) led to a 50% lower body weight recovery.

There are many reasons why high protein diets are best for losing weight:

They reduce cravings: Protein-rich diet reduces the food cravings and a decreased desire to snack at night.

Burn more calories:  Many studies show that an increase in protein intake has a higher thermal effect, which means that they can increase the number of calories burned by up to 80 to 100 in a whole day.

Suppress hunger hormones:  Many proteins have been shown to reduce the hunger hormone “Ghrelin” levels in our stomach and improve the secretion of appetite-lowering hormones GLP- and PYY.

From meats, dairy to vegetables, and cereals, nature is full of food sources that are rich in protein. That’s why it’s not difficult to consume an ample amount of protein every day. Even vegans can get the right amount of protein from plant sources.

In general, protein sources are divided into two types: natural food protein or supplemental protein, usually in the form of protein shakes.

Protein-rich foods can cause weight loss:

Certain foods are naturally very rich in protein, and eating these foods has been linked to weight loss, and maintaining a low weight.

For example, this research points out that eating eggs can keep you full longer and can reduce food intake throughout the day.

Regular consumption of nuts rich in protein and legumes has also been linked to lower body weight, better satiety, and more significant weight loss. They are low on calories and fill your body with nutrition.

Other studies found similar results. Diets rich in plant-based protein had benefits for weight loss, appetite control, and food intake similar to those of diets rich in protein of animal origin.

Common foods rich in protein include :

Whey protein can increase the feeling of fullness faster.

Whey is a protein extracted from milk. It contains all the essential amino acids and is rapidly absorbed in the body.

Whey protein has been linked to many important health benefits, including increased weight loss, better satiety, and better absorption by the body.

When overweight and obese adults consumed 56 grams of whey protein daily for 23 weeks, they lost 5 pounds ( 23kg) without making any other changes in their diet.
In particular, whey protein supplements have been shown to reduce body fat and increase lean muscle mass in both men and women.

Whey protein is so effective in weight loss due to the way whey protein improves the feeling of satiety. Several studies have observed that whey protein is superior to reduce the sensation of hunger compared to other types of proteins, such as casein, tuna, turkey, and egg albumin.

For example, a study among male athletes found that the consumption of whey protein shakes immediately reduced hunger by 50-60%.

It may be because whey protein is absorbed faster than other protein supplements, such as casein, and is useful in preventing short-term hunger.

Research shows that weight protein improves the secretion of appetite suppressant hormones GLP- and GIP, as well as decrease hunger hormones such as ghrelin, more than other protein sources.

However, the evidence is mixed. Few studies report that despite the improvement in satiety, it causes no difference in fat loss compared to supplementation with other types of proteins, such as soy protein, rice, or egg.

Casein can keep you fuller for longer

Just like whey protein, casein comes from milk and contains all the essential amino acids. However, it’s absorption in the body is slower than whey protein.

Casein has also been linked to better body composition and a more excellent feeling of fullness.

Taking 70 grams of casein in the morning and evening for eight weeks increased lean muscle mass by an average of 24 — pounds (1.1 kg).

Compared to whey protein, casein does not seem to be as effective in increasing muscle mass. However, it seems to be more effective than other sources of protein supplements, such as soy and wheat protein.

When it comes to satiety, whey protein is rapidly absorbed and can increase the feeling of fullness. Casein is digested more slowly and can keep you full for a more extended period.

However, the sample size for this study was small, and the evidence is mixed.

Other studies that compared the effects of casein and serum found no significant differences in weight loss or long-term body composition, making them equally as good for weight loss.

Soy protein is of plant origin. Unlike many other vegetable proteins, it contains all the essential amino acids.

In addition, it contains soy isoflavones, which are natural antioxidants that may have other health benefits.

When it comes to weight loss and soy protein, the scientific evidence is mixed.

Some studies suggest that soy protein may increase weight loss. For example, postmenopausal women who regularly took soy isoflavone supplements experienced greater weight loss than those who did not take supplements.

Another study among obese diabetic patients found that a weight loss diet that included soy-based meal replacements such as shakes resulted in an average of 4.5 pounds ( 2kg) of greater weight loss compared to a standard weight loss diet.

In addition, one study found that soy supplements can be as effective as other sources of weight loss protein.

When obese subjects underwent a weight loss diet supplemented with soy protein or whey and egg protein, both groups lost a similar amount of weight, an average of 17 pounds (7.5 kg) for 12 weeks.

However, a recent review of more than 40 studies analyzed the effects of soy protein on weight, waist circumference, and fat mass and found no real benefits of soy supplements.

Only in very specific circumstances, soy isoflavones were associated with a lower BMI, as in women taking doses of less than 100 mg per day and in periods of 2 to 6 months.

In general, the scientific evidence for taking soy protein to lose weight is not as strong as it is for other proteins, such as whey and casein.

Rice protein is a protein of plant origin. It is considered an incomplete protein due to its low levels of the essential amino acid lysine.

It is often mixed with pea protein to create a more complete and beneficial amino acid profile.

There are currently very few studies on rice protein.

However, a study among young men found that eight weeks of whey or rice protein supplementation resulted in reduced fat mass and an increase in lean muscle mass, with no differences between protein sources.

However, more research is needed to determine the role of rice protein in weight loss.

Pea protein powder is a relatively new vegetable protein produced from yellow peas. It is commonly considered a source of complete protein, as it contains all the essential amino acids.

Pea protein has also been linked to a greater feeling of fullness.

A study in rats found that pea protein was absorbed more slowly than whey protein, but faster than casein. Also, it was as good for increasing satiety levels as milk proteins.

Another study in men found that consuming 20 grams of pea protein 30 minutes before a meal increased satiety and reduced calorie intake later in the day .

However, time may be important. When the same participants consumed pea protein immediately before the meal, it had little impact on food intake.

In addition to increasing satiety, pea protein can have beneficial effects on body composition.

In one study, men who consumed 50 grams of pea protein per day for 12 weeks experienced similar increases in lean muscle mass as those who took the same amount of whey protein.

Although initial research on pea protein is promising, more high-quality studies are needed to confirm any weight loss benefits.

Although not supported by many scientific studies, there are several other protein sources that are believed to have weight loss benefits.

Hemp protein: This is another plant protein that is rich in healthy omega- and omega- fatty acids and fiber. However, it is low in the essential amino acids lysine and leucine, due to which it doesn’t provide sufficient protein for your daily needs.  https://www.ncbi.nlm.nih.gov/pubmed/20977230

Bone broth protein: Bone broth protein is made by boiling the bones of animals to release nutrients. It lacks some branched-chain amino acids. However, it contains many other valuable nutrients and calcium for a healthy musculoskeletal system.

Egg protein powder: Egg protein is usually made from egg whites and is a complete protein. It may contain additional vitamins and is low in fat and carbohydrates. Early studies suggest that egg protein has little effect on appetite or weight.

Conclusions on protein and weight loss

If you want to lose weight and maintain lowe body weight effectively, you must increase your protein intake. Where the protein comes from seems to be less important.

Scientific evidence is very strong in support of natural food proteins, as well as casein and whey protein supplements for weight loss. However, you must consult your doctor before starting the consumption of protein and casein supplements.

Increasing your protein intake by eating more whole foods is the best. Whole foods contain other nutrients and are not processed like protein supplements.

However, powdered proteins may be convenient when the time is short. They can also be beneficial for people struggling to meet their protein needs through food, such as athletes, vegans or vegetarians, and the elderly.

If your goal is weight loss, protein supplements should not be taken as part of your usual diet, but as a replacement for other calories. 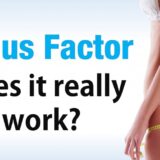 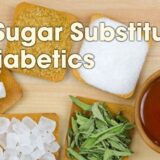