Apple Cider Vinegar has long been known for its exceptional medicinal and healing properties, to the point of having been called “elixir of youth” by our ancestors… Here’ we’ll focus on 5 greatest benefits it brings for our health and wellbeing.

For best results with ACV for digestion problems, it’s best to dilute 2 teaspoons of Apple Cider Vinegar in a large cup of hot water. Add 2 teaspoons sugar or honey and drink this mixture half an hour before the meal.

Apple Cider Vinegar is rich in mineral salts such as phosphorus, calcium, sulfur, fluorine, iron silica or silica. US doctor DeForest Clinton Jarvis, had strong belief in the benefits of Apple Cider Vinegar because of its rich mineral contents, and took advantage of this property to create the “Jarvis cocktail”. This drink is mainly used by athletes, as it allows them to recover the mineral salts removed with sweat during physical activity.

The Jarvis cocktail can also be used for diseases that cause high sweating such as measles. The recipe is very simple: mix two teaspoons of Apple Cider Vinegar into 250 milliliters of sodium-rich mineral water. Add 2 teaspoons of honey. If necessary, it is advisable to drink one drink a day (maximum of 3 drinks per day).

Apple Cider Vinegar for the regulation of blood sugar

To take full advantage of its benefits, choose best Apple Cider Vinegar brand. Ideal: an unpasteurized organic Apple Cider Vinegar, produced by hand. It must have aged for at least 10 months in oak barrels to contain the maximum amount of active substances.

Apple Cider Vinegar: what are the risks?

There are very few risks of consuming Apple Cider Vinegar. Only people with gastritis who suffer from inflammation of the stomach, gastroesophageal reflux disease or severe ulcers should seek advice from their doctor before starting the consumption of ACV.

In few cases, it is especially important to avoid drinking Apple Cider Vinegar directly: ACV should always be consumed in diluted form with water as concentrated Apple cider vinegar can damage the enamel of the teeth and the mucous membranes of the mouth. Excessive and prolonged consumption of Apple Cider Vinegar can also damage the lining of the stomach and esophagus. 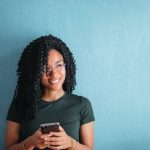 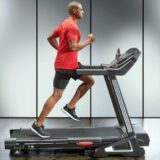 Next Story
Best Treadmills for Home: 2020 Guide With prices and review.